Everything You Need To Know About Terpene Oils

Everything You Need To Know About Terpene Oils

The cannabis industry has grown exponentially in the last couple of years. The scope of the cannabis industry is increasing rapidly, with the prediction that Cannabis will become one of the largest industries in the next decade. Decriminalization and legalization of marijuana are currently happening in different countries across the globe. As a result, the demand for cannabis products is growing multidimensionally.

Terpene oils are one of the key contributors to the growing demand for Cannabis. At present, they are amongst the hottest things in the cannabis industry. Terpenes are one of the main components of all cannabis buds besides CBD and THC. And as more states start to legalize usage of marijuana for medicinal and recreational purposes, terpene extracts and concentrates will become a lot more popular than they are today.

In this blog, we’ll take a look at the properties of terpene oils, their extraction process, how they work with THC and CBD to enhance their effects, and their wide range of uses and benefits.

Terpenes are highly aromatic organic compounds that make different Cannabis strains distinct from each other. They possess various medical and recreational benefits alongside delivering characteristic aroma and flavors to cannabis plants. These are present in high concentrations to provide them with a skunk-like odour.

Around 100 different types of terpenes are currently identified, with Cannabis alone containing most of them. However, only a handful of the identified terpenes have been studied extensively.

The structure of terpenes is diverse. All terpenes are derived from isoprene units but differ in chemical structure. Some molecules are simple, while others form complex structures. A single isoprene molecule contains five carbon atoms with double bonds. Terpenes are classified based on the number of isoprene units present in them. [3] 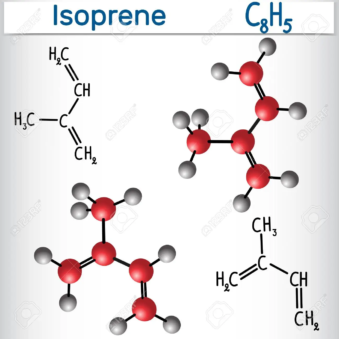 Polyterpenes are the most complicated ones having up to hundred isoprene units.

What Are Terpene Oils? 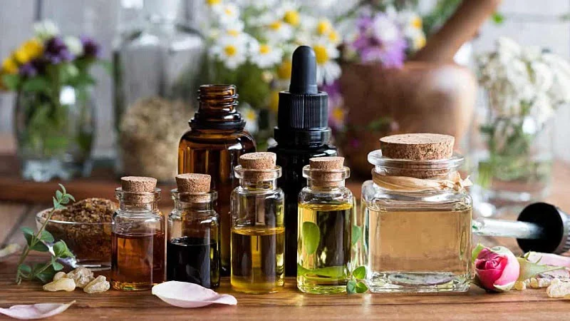 Terpene oils are naturally produced aromatic compounds which give a plant its characteristic smell and flavour. They are a means of communication with the other living things present in the surroundings by attracting pollinators. Terpene oils provide several medical benefits such as lowering stress levels, reducing chronic pain, increasing relaxation, promoting clarity, and a wide range of other therapeutic and medicinal uses. 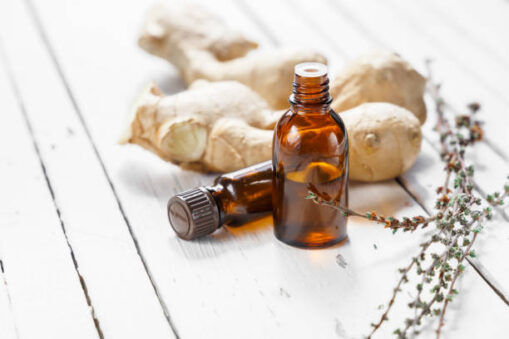 Terpenes form a significant component of the essential oils of a plant. They are present in the frosty white hair called trichomes on the tips of Cannabis buds.

They are secreted in the same gland as CBD and THC and give each Cannabis strain its distinctive scent and flavour. Terpenes form about 2-5% of the cannabis plant weight.

In fact, they are the most critical factor in a good Cannabis extract. The development of terpenes depends on the age of the plant, the type of soil it is growing in, and the climatic conditions.

Here are the top 5 most commonly used Terpene oils:

Linalool is a monoterpene that interacts with the receptors of the serotonin secreting pathway. It is recognized as a great stress buster as its release and reuptake increases the concentration of serotonin to overcome stress. It decreases the activity of the sympathetic nervous system and stimulates the movement of the parasympathetic system.

Humulene is a monocyclic terpene commonly found in Cannabis as Alpha humulene. It is present in a concentration of up to 40% and is a promising anti-inflammatory compound known to treat allergies. This terpene has been used in Eastern America for centuries.

The resin glands of a Cannabis plant secrete limonene. It is regarded as the most commonly found terpene in Cannabis plants possessing great anti-plasmodial activity. Limonene is a prominent constituent of various anti-malarial drugs. It is also a well-known anti-cancer terpene oil that eliminates cancer cells by inducing apoptosis.

This is the second most dominant terpene found in Cannabis plants. Beta-caryophyllene acts as a CB2 receptor agonist to cure depression. It stimulates the CB1 and CB2 receptors of the brain. Caryophyllene delivers a peppery and spicy aroma. It also helps in pain relief and treatment of inflammation, osteoporosis, chronic pains and atherosclerosis.

Myrcene is a dominant monoterpene in most Cannabis strains. Its molecules are present in high quantities which gives the plants a musky and earthy aroma. It enhances the effects of THC and provides deep relaxation physically as well as mentally. It stimulates the release of opioids and works actively as an anticarcinogen and antioxidant. 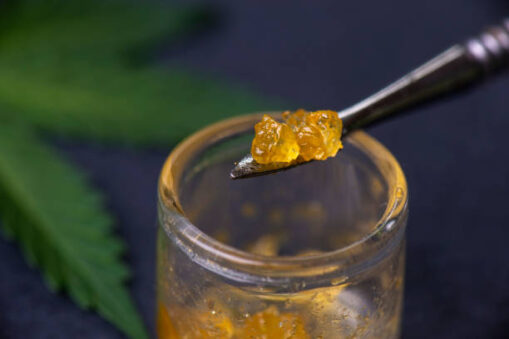 The extraction of terpene oils isn’t an easy task. Terpenes are delicate and prone to degradation, which can ruin their aroma, taste, and chemical properties. Even under a moderate range of pressure and temperature, the molecular structure gets altered.

Light hydrocarbons with a high terpene profile safely extract terpene oils without any degradation. Butane and propane are generally used for this purpose. It is best to harvest the Cannabis plant when the terpene content is high and then extract it with light hydrocarbons. This forms a soupy mixture which is heated to remove the solvent.

As the extraction process occurs at low temperatures, it does not degrade the natural properties of terpenes. A centrifuge removes the terpenes and separates them from cannabinoids to form a purified terpene compound.

Many cannabis companies use the ethanol method to remove CBD from the entire plant material. After removing the ethanol, the terpenes are absorbed by volatilization. Therefore, they frequently reintroduce terpenes in their final products. 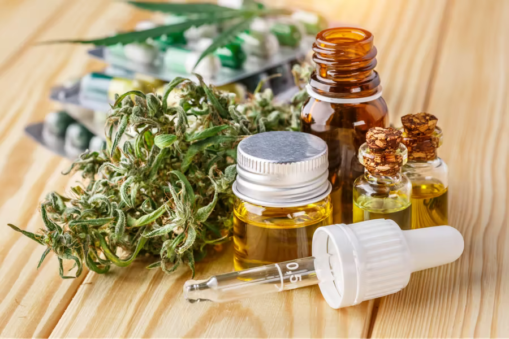 Terpenes work in synergy with cannabinoids. They enhance the effect of THC and CBD by altering the blood-brain barrier, including, but not limited to, anti-cancer and neuroprotective properties. The entourage effect is described as different components of Cannabis acting in an extraordinarily greater capacity alone than they would if isolated. Terpenes thus make Cannabis much more useful medicinally because they work in conjunction with cannabinoids to treat specific medical conditions.

CBD and THC have much less impact when isolated than present along with terpenes. All the terpenes present in a Cannabis extract contribute to the entourage effect. For example, myrcene promotes sleep; limonene gets a person high while linalool is a great relaxant. 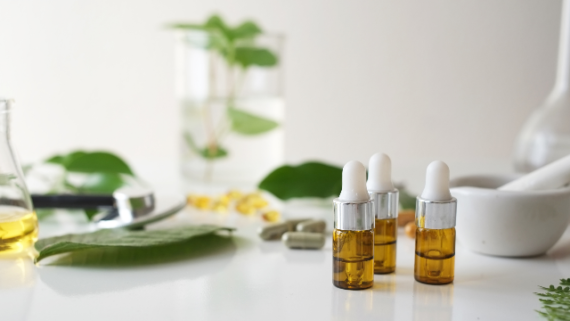 Inhaling terpenes as vape additives is considered the safest method. The terpene oils are absorbed in the nasal cavity and affect the receptors present there. It is commonly used to uplift mood.

Topical use of terpene oil is not recommended, as it can lead to adverse reactions. Terpene oils are potent and can cause rashes, itching and dehydrated skin.

It is important to dilute the oil before using it and check whether it is safe for your skin. When reduced to safe concentration, Terpene oil can be applied to the skin in several ways.

It is essential to dilute the terpene oils before you use them. The concentration should not exceed 3%. They are very potent to deliver a strong effect. Terpene oils are widely used in making edible products known to be good for the body and the mind.

Terpenes possess a wide range of properties such as anti-bacterial, anti-fungal, anti-cancer, anti-oxidant, anti-anxiety, pain relief, muscle spasm relief, etc. Because of having so many properties, terpenes are used to make medicines across the world. 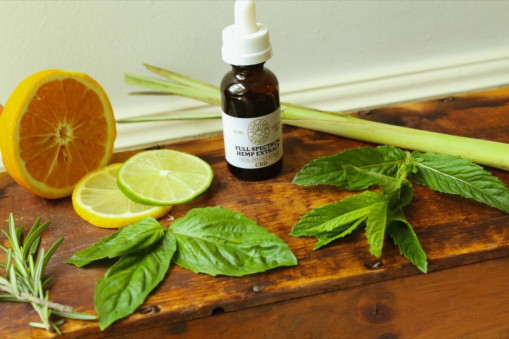 Terpenes such as beta-caryophyllene, limonene, and cineole possess anti-inflammatory properties to soothe allergies and skin reactions.

Aromatherapy is the best way to reduce anxiety and elevate mood. For example, linalool has a soothing sleep that helps a person sleep better. Even limonene can help a person elevate his/her mood.

Terpenes such as beta-caryophyllene and menthol act as instant pain reliever and extensively used in the field of medicine for such purposes.

Beta-caryophyllene, sabinene, and geraniol are effective anti-cancer terpenes known to inhibit the activity of carcinogens in the body.

As Cannabis continues to gain mainstream popularity, terpenes have become a key component to what makes each strain unique and add flavour along with many medicinal and recreational benefits.

Subscribe to our weekly newsletter below and never miss an exclusive offers and the latest products.