Everything You Need To Know About Marijuana

Everything You Need To Know About Marijuana

Medical marijuana has been around since the 18th century, but its popularity has skyrocketed in recent years. This has a lot to do with the enhanced research and statements by popular medical specialists regarding its numerous health benefits. But what exactly is marijuana? Is it harmful or helpful? And what do we know about cannabis in general?

Recent years have seen a lot of research done on the pros and cons of this very controversial topic. Most people think that marijuana is not very harmful because it’s used for smoking or oral consumption, but actually, this drug can cause addiction and dependence, like other drugs.

Today’s society is in a constant search for anything that can help improve the way we live our lives and make us feel better. That’s why more and more people are using marijuana, because it has become a proven drug that doctors can prescribe to patients in order to cure a wide range of problems.

Cannabis is a dark green or grey mixture of dried, shredded hemp flowers and leaves. This mixture is generally referred to as marijuana. It has an effect on the brain regions associated with movement and memory. It is the most often abused illicit substance in the United States. Marijuana in its smoked form is not widely acknowledged as having any medical use. However, marijuana’s active ingredient is synthesized into a tablet that is available by prescription only. This prescription based medication is used to alleviate nausea and vomiting associated with some cancer therapies, as well as to encourage AIDS patients to eat more in order to maintain their weight. [1]

Marijuana is a dried form of the Cannabis sativa or Cannabis indica plant’s leaves and flowers. The more potent forms of the substance are sinsemilla, hashish, and extracts.

Among over 500 compounds found in marijuana, delta-9-tetrahydrocannabinol, commonly referred to as THC, is responsible for the majority of the drug’s psychotropic (mind-altering) effects. This chemical is responsible for distorting the way the mind perceives the world. In other terms, it is what causes a person to experience euphoria. [2] 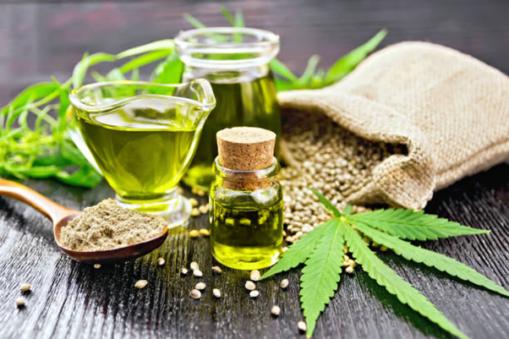 THC concentrations in marijuana have increased significantly during the last few decades. In the early 1990s, marijuana had an average THC level of less than 4%. It is presently approximately 15% and significantly higher in certain items like oils and other extracts. Certain individuals modify their consumption habits to compensate for the increased potency. There have been instances of people seeking care in emergency departments with symptoms such as anxiousness, shaking, and psychosis (having false thoughts or seeing or hearing things that aren’t there) following the consumption of excessive doses of THC.

There are several ways in which marijuana is consumed:

The synthetic narcotics or synthetic marijuana are laboratory-created substances that resemble THC and are sprayed over plant materials to create the appearance of marijuana, but are frequently stronger and far more deadly. In contrast to marijuana, their use can occasionally directly result in overdose deaths.  [2]

What Is the Effect of Marijuana?

Certain nerve cells in the brain have receptors that bind to THC, initiating a cascade of biochemical events that ultimately result in the “high” associated with marijuana use. Individuals take the medicine to improve their mood and relax. Individuals may also experience euphoria, hallucinations, and paranoia, depending on the THC concentration.

The most popular method of consuming marijuana is through smoking. It is frequently rolled into a cigarette “joint,” combined with an empty cigar casing to form a “blunt,” or smoked in a pipe or water pipe “bong.”

Smoking or ingesting various types of THC-rich resin produced from the marijuana plant has become an increasingly popular method of consumption. Additionally, it can be cooked into sweets such as brownies, cookies, or candies, or sipped as tea.

Marijuana usage is particularly harmful in adolescents because it has the potential to have a long-term effect on cognitive abilities such as memory, learning, and thinking. According to a 2012 study, people who began using marijuana in their adolescent years lost an average of eight IQ points.

Because marijuana is most commonly used through smoking, it also poses respiratory hazards and other smoking-related problems. Tobacco use may increase your risk of wheezing, shortness of breath, and chronic coughing.  The evidence on whether or not smoking marijuana raises one’s risk of cancer is equivocal. While some studies indicate an increased risk, others indicate that marijuana usage may possibly be protective. [3]

Apart from its recreational use, marijuana has a long history of therapeutic use. While the FDA has not approved marijuana for medical use, numerous states in the United States have allowed it for at least some medical purposes.

Medical marijuana is used to alleviate symptoms of diseases rather than to address the underlying cause of the condition. Marijuana appears to be particularly useful in the treatment of muscle spasms, chronic pain, and nausea, making it beneficial for reducing symptoms associated with multiple sclerosis (MS) and epilepsy.

Additional research into the possible advantages of medical marijuana is now underway. The recognised and legally sanctioned medical use of marijuana for the treatment or relief of symptoms will continue to evolve as researchers do study on these applications.

A drug is deemed addictive if it causes someone to crave, seek, and use it compulsively, and frequently, uncontrollably, despite adverse health and social repercussions. Marijuana satisfies this need.

Marijuana available today has significantly more THC than in the past, enhancing its addictive characteristics. While marijuana dependence is uncommon, it is possible to develop both mental and physical dependence with regular use. According to the Centres for Disease Control and Prevention, up to one in ten people who use marijuana will develop an addiction.

According to a research conducted in 2015, approximately 30% of marijuana users in the United States had a use disorder in 2012 and 2013. Individuals who begin smoking marijuana before the age of 18 are four to seven times more likely to develop an addiction than people aged 22–26. 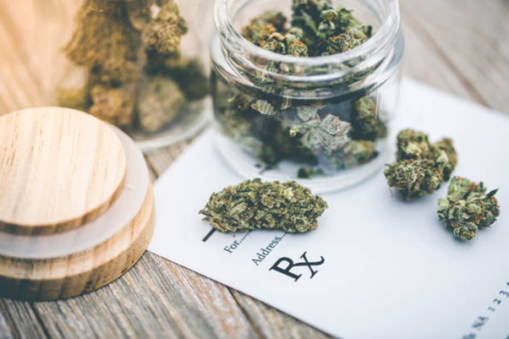 These symptoms range in severity from mild to severe. Although these withdrawal symptoms may typically be self-managed, you should consult a physician if they become severe, protracted, or if you have depression-like symptoms. [4]

For many of us, marijuana is something that’s not worth its harmful effects. Whether you are a user or not, you shouldn’t be ignorant about it. Marijuana is consumed in different ways, and its effect on the body depends on how often it is taken and for how long.