A vortex mixer is a device  used for quickly mixing small volumes of liquid. Consider a tornado, where the air is drawn into a zone, forcing water droplets to form a funnel cloud that revolves around a straight or curved axis line; to create its vortex, the vortex mixer functions in a similar manner. Here is a detailed guide to lab vortex.

What Is The Function Of A Vortex Mixer?

An electric motor with a vertical drive shaft forms the basis of the vortex mixer. This is linked to a somewhat off-center rubber cup. The cupped rubber rapidly oscillates in a circular motion as the motor operates. When the liquid container makes contact with the rubber cup, the action is transferred to the liquid inside the container, resulting in the formation of a vortex. Most vortex mixers include variable speed settings, allowing for precise temperature control.

Place the mixer near a grounded electrical outlet on a flat, firm surface. To guarantee that the feet grip the surface securely, they should be clean and dust-free. Allow enough space around the unit on all sides for proper ventilation. Plug the power cord into a grounded outlet with the power switch turned off.

Advantages Of A Vortex Mixer:

The vortex mixer is a straightforward instrument with specific functions. The features primarily consist of a variety of speed settings and other programmable characteristics like continuous or on-demand operation s. When it comes to employing a vortex mixer, there are various advantages. The different speed options ensure that the procedure runs at the intended speed throughout. Vortex mixers may handle anywhere from one to a dozen vials that are being mixed simultaneously. Operating the vortex mixer requires extremely little space, power, and skill. The vortex mixer’s main advantage is that it ensures a dependable and effective technique for mixing samples.

Parts of a Vortex mixer 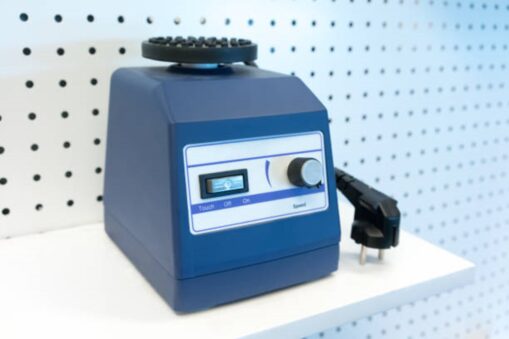 These platforms can contain a variety of tubes of various sizes, allowing for a more significant number of samples to be vortexed at once. Tube holders are designed to fit a specific mixer.

Cup heads come in a variety of sizes and enable rapid mixing. These heads may easily be swapped out for different-sized cup heads to blend a range of tube diameters. To form a vortex, the tube is put on the cup head.

Holder for one tube:

A tube holder attaches to the Vortex Mixer’s top and secures the tube in the cup head for long-term mixing. This makes it possible to mix the sample without supervision.

Touch vortexing and single test-tube mixing are not ideal for high-throughput laboratory facilities or caustic sample types. On the other hand, high-capacity vortex mixers feature a cartridge mechanism that can hold numerous sample containers at once. These are frequently made to accommodate various vessel sizes, from micro-centrifuge tubes to larger Erlenmeyer flasks.

Features Of A Vortex Mixer 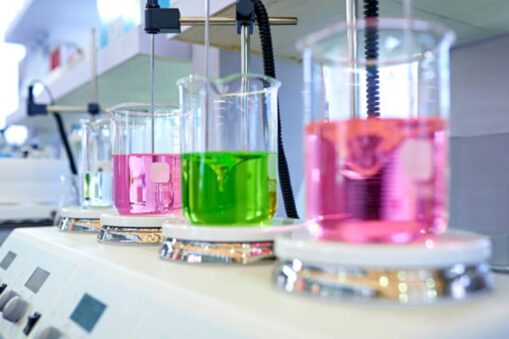 Vortex mixers can be used to homogenize samples such as heterogeneous liquids, although their mixing action is limited in terms of vertical strata. The fabrication of pieces with constituent parts of varying densities becomes more complicated when solutions mix horizontally around the axis of rotation.

Innovative vortex mixers with an extra pulse feature interrupt the orbital motion of the fluid to mix from bottom to top to overcome this difficulty. These mixers give mixing, with pulse rates up to 80 pulses per minute (ppm), to ensure that immiscible fluids or problematic suspensions are appropriately homogenized.

Within sterile incubators, various new vortex mixers have been built to allow tight control of a reaction’s thermal conditions throughout orbital mixing procedures. The thermodynamic stability of complex biological products, on the other hand, necessitates extreme precision throughout processing. The incubating vortex mixer generally has a speed range of 150 to 1200 rpm and a temperature range of 15 to 50 °C.

What safety measures should you take when utilizing vortex mixers?

How should vortex mixers be cleaned?