Cannabis is one of the commonly used drugs in Canada. It’s important to understand cannabis laws in Canada. Many people are using cannabis for recreational purposes, while some others use it to treat their health problems. The use of cannabis is on the rise in Canada, for sure.

The cannabis industry has taken the Canadian industry by storm. From how cannabis is sold, to how much it costs and the effects it has on things like the environment and the economy – you should know more about it all.

The world is slowly realizing the benefits of cannabis, and Canada is at the epicenter of this growing trend. To understand how far Canada has progressed towards gaining an edge on the implementation of a nationwide framework for recreational cannabis, let’s reflect upon some of the most important cannabis-related developments so far.

The current status of Cannabis laws

The Cannabis Act creates a strict legal framework to regulate the production, distribution, sale and use of marijuana in Canada. The Act accomplishes three objectives:

Make sure that cannabis is kept away from youth

Keep the profits out of the pockets of criminals

The Cannabis Act has several measures to prevent young people from using cannabis in any form, including age restrictions and limiting the promotion of cannabis.

using a teenager to commit a crime involving cannabis

The Government of Canada has committed nearly $46 million in five years to public education and awareness initiatives. They are designed to inform Canadians, particularly young people, about the dangers to their health and safety of using cannabis.

Statistics report that in 2017 (before the enactment of the Cannabis Act), nearly 48,000 cannabis-related drugs were reported to the police. Most of them (80 percent) were possession-related offenses. A criminal record resulting from a violation involving cannabis or even a minor charge of possession could have severe and long-lasting consequences for the person being charged. By allowing the possession and production of adult-only legal cannabis, the Act aids in keeping Canadians who use cannabis away from the criminal judiciary system. This reduces the burden on courts.

Responsibilities of the provinces and territories 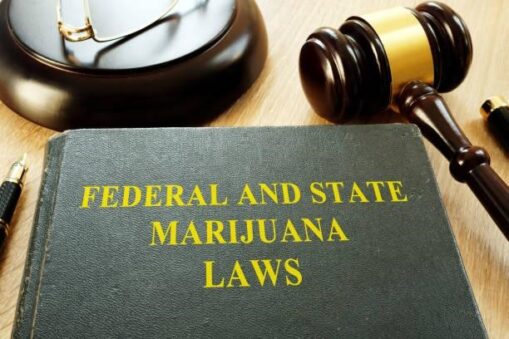 Only those with a federal cannabis licence can cultivate cannabis to sell in the market. Therefore, all cannabis products which are legally sold need to comply with strict safety and quality control standards.

Legal cannabis products can only be offered by retailers authorized by the provincial and territorial governments; however, there is one exception. People who have an approved medical prescription can buy cannabis products to treat medical conditions directly from a federally-licensed seller.

Adults in Canada are allowed to purchase cannabis only from authorized retailers within their  region or province. The most common indicators to help identify illegal cannabis retailer include:

Ships cannabis all over Canada

Referrals, bonuses or other offers

Payment via credit card is not accepted, instead they request payment through e-transfers or cryptocurrency. [1]

Legal cannabis is legal in the provinces and territories.

Adults can purchase legal cannabis products, seeds, and plants from licensed retailers. It is the responsibility of the buyer to know what’s legal in the state or the territory they live in, or go to.

Health Canada plays a vital role in ensuring the legal use of controlled substances. This is done by administering the laws that regulate the possession, import, export,  production and sale, or the distribution of substances in the CDSA scheduled list.

Health Canada also has the charge of managing cannabis and controlled substances. They also check for the chemical property associated with an offense (as specified in CDSA) and chemical properties (as established within the CA). This is a role that is specifically defined in the CDSA and the CA.

Additionally, according to regulations and the reporting obligations from the International Narcotics Control Board, Canada must submit data on annual seizures and dispositions to provide an accurate picture of the movement of cannabis and controlled substances across the nation. [2]

Cannabis Act in the Senate 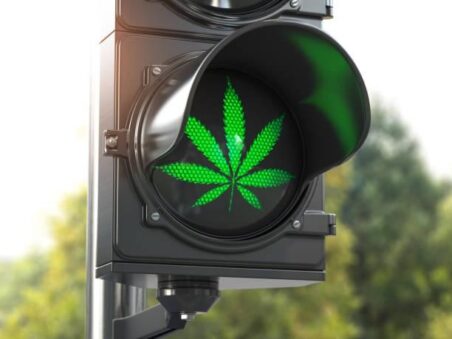 Bill C-45, known as the Cannabis Act, is in effect as a law. The bill is a part of legislation passed by the government that allowed the recreational use of cannabis in Canada. It came into force on October 17, 2018. The statement was given Royal Assent on June 21, 2018, in an event held inside the Senate Chamber.

It regulates and controls how cannabis is produced, distributed, and sold. It was presented in the Senate and was given its first reading on November 28, 2017. The House of Commons approved the bill on November 27, 2017. However, the bill was fully adopted at the second reading of the Senate on March 22, 2018. The committee report, which included amendments to the bill, was approved by the division on May 30, 2018.

On May 31, 2018, the debate started at the third reading. As per an amendment that was passed in the Chamber speeches, motions and amendments were categorized according to the theme:

May 31: Issues about the production of cannabis

June 1: Issues related to the distribution and sale of cannabis

June 6: Issues related to the consumption of cannabis and public health and issues that concern Indigenous peoples.

The third reading vote was held on June 7, 2018. In its amended form, the bill was passed in a 56 to 30 vote, with an abstention. The House accepted some of the Senate’s amendments.

On June 19, 2018, senators voted 52-29, with two abstentions. A motion was stated that the Senate did not intend to impose amending the bill to which the House had not agreed. [3] 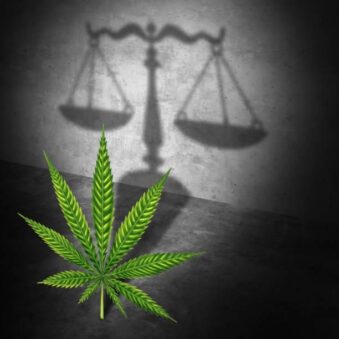 Industrial hemp is a type of cannabis that contains 0.3 percent THC (or less) in flowering heads and leaves.

The most significant change implemented is that selling hemp seeds (flowers, leaves, branches and flowers) in licensed processing facilities is legal provided that THC is present in low amounts vis-a-vis CBD. [4]

In the past, the use of cannabis was limited only to those who required it for medicinal purposes. However, the growing acceptance of cannabis by user groups has changed all that. With legalization, Canadians are now getting more and more interested in all things weed. And while many myths surrounding its key components like THC and CBD have begun to die down, there is still a lot of confusion. If you are in Canada and have been consuming cannabis as part of your daily diet or work routine, it’s time to brush up on some important cannabis laws in Canada, so that you have an easier time navigating the path ahead of you.

It is projected that Cannabis legalization would give a boost to the economy. While only time will tell what the future of cannabis laws will look like in Canada, it would appear for now that progress is being made towards establishing a long-term framework for recreational cannabis sales, growth, and use.

Since the Canadian government has introduced laws for the legalization of cannabis, the market for it is getting bigger by the day. These laws have managed to reduce the number of people misusing the drug. With proper implementation of law, Canada aims to stop all  illegal cannabis sales.